Oracle Forms to this day has one of the most reliable and robust development platforms that I know.  You hear a lot of rumbling about why Oracle Forms is old, heavy and many other excuses why it belongs to the stone-age but the reality is a bit different.

You don’t start a brand new Forms development now.  If you are considering to develop anything in Forms, it is probably because you already have a Forms infrastructure available in your environment, or this is a skill-set that is readily available in your organization. If so, you are doing it because you already have it, it is accessible and you would like to utilize your existing investment.

If your Forms looks and acts as if it belongs to the stone age, don’t blame Oracle Forms for that, look inside.  You are the one who keeps using the same old features over and over again.  You have had over 10 years to incorporate Java into Forms.  You have had just about as long to incorporate Web Services into Forms.  I recall one of the Forms demos, perhaps still available on Oracle Technology Network (OTN) demonstrating integrating a Web Service from Forms as part of Forms 9i R1 demos. 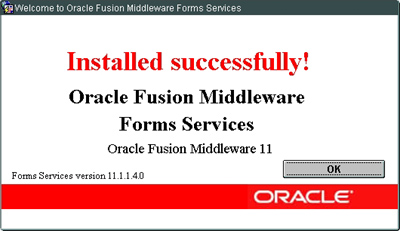 It has always baffled me that clients would plan and invest all kinds of resources into moving into a new version of a product, but they keep on doing the same old thing over and over.  I recently heard from a client that they want to stay away from WebUtil (!?), where they needed its functionality, and yet they wanted to develop the same features on their own!  Lots of glory in reinventing the wheel, isn’t there?